http://en.wikipedia.org/wiki/West_Stanley_Pit_Disaster: „The West Stanley Pit Disaster, also known as the Burns Pit Disaster, was a coal mining disaster that took place in Stanley, Co. Durham, England, on 16 February 1909. It was caused by too much methane gas in the air which caused a single lamp to explode (this was never proven at the time and the exact cause of the explosion remains unknown. But at a later inquest in 1933 when the last two bodies were recovered, it was discovered that a lamp was used in the pit that should not be used in gassy pits and that could ignite gas in the surrounding area). 168 men and boys died in the explosion.“ 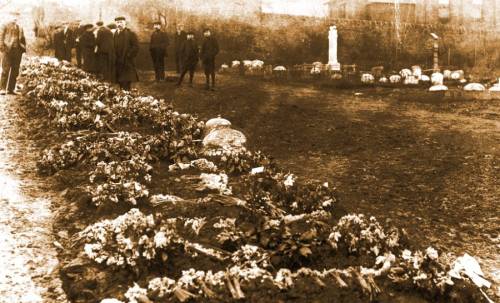 Back to Mining lamps UK